Home » Blog » How To Get Started With Gaming On A Budget?

Gaming doesn’t have to be an expensive hobby. Even though the most recent consoles might cost the earth (relatively speaking), there are plenty of ways to build an amazing gaming setup without breaking the bank.

You can even afford all the latest and greatest gadgets if you’re savvy with your finances. If you’re smart with your purchasing decisions and make some minor sacrifices, you can be a gamer no matter how high or low your funds are. 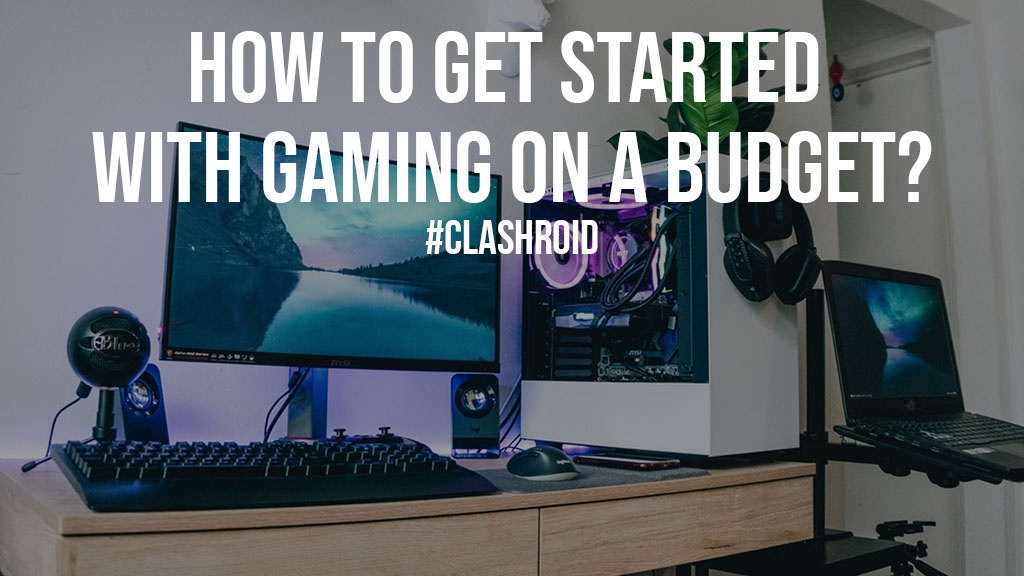 Here’s how to get started with your gaming journey on a budget.

If you’re just looking to afford a single piece of tech and you can’t quite stretch to it, then a loan might be the right option for you. When you take out a loan, you can spend the balance on the gaming hardware you need, then pay it back over installments, thus incurring less of a cost all at once.

Not currently working? Not a problem; many companies offer loans for people on benefits, so there’s still a good chance you’ll be accepted for a loan, even if you’re not in the best financial situation. Just make sure you’re in a position to pay it back.

Each of the major consoles available right now has a lower-cost version you can buy if you’re on a budget. The Xbox Series S may pack less of a punch than its beefier counterpart, but it’s still well worth getting thanks to an abundance of games on Xbox Game Pass.

The Digital Edition of the PS5 lacks a disc drive but has the same specs as its counterpart, and you can pick up a handheld-only Nintendo Switch Lite at a discount price, too.

If you’re a PC gamer, you can save a lot of money simply by not adopting 4K tech just yet. 4K tech isn’t quite at the point where it’s worth adopting en masse; while graphics cards are certainly capable of outputting 4K and doing so at reasonable frame rates, only top-end cards can really give the 4K gaming experience necessary to consider shelling out.

Unfortunately, buying pre-owned games means that none of the money you spend is going to support the developers. However, if you’re on a tight budget, this may be a sacrifice you’re willing to make.

Pre-owned games can often lose a huge amount of their value as soon as they’re no longer new; you can expect to pay somewhere between 30-50% less for a pre-owned game just because it’s been owned by someone else. This is a great way to play games if you don’t mind waiting a little while.

We can’t stress this enough: Xbox Game Pass for PC and Xbox consoles is incredible value. For a low monthly price, you get access to a huge amount of PC games, with new ones being added all the time (and first-party Xbox games being available on the service on day one, no less!).

The games you really want to play might not be on there, but if you love gaming as a hobby and just want to experience some more titles, then Xbox Game Pass is a great option.

While the Epic Games Store has become something of a pariah among closed-minded PC gamers, it’s an excellent boon for anyone who doesn’t want to spend too much on their gaming experience.

The Epic Games Store gives away a free game each and every week, with some weeks seeing two or even three titles. Over the Christmas period, Epic gives away a new game every day, so this is a great way to build up your collection without breaking the bank.

When you’re done with a game, you should consider selling it if you want to stay below your budget. Once you’ve completed everything a game has to offer, unless you plan to replay it regularly, there’s really no reason to keep it around.

The same goes for any hardware you’re no longer using; if you’ve got old gaming consoles and peripherals around, make sure to sell them so that someone else can use them (and you can get some money back into the bargain!).

The gaming landscape may be moving towards digital purchases, but gaming is still a largely physical medium for many. With that in mind, you’ve probably got friends who are gamers and who still buy physical games.

To lower your costs, why not ask them if you can borrow the games they play? You can extend the same service to them if there’s something they want to check out that you have. By swapping games in this way, you ensure you can experience the latest games without having to pay for them!

Check out IsThereAnyDeal if you’re a PC gamer

PC gamers really do have it best when it comes to budget gaming (building a setup aside, of course). The website IsThereAnyDeal is great for amalgamating deals from all over the internet.

It takes into account many different storefronts including Steam, the Epic Games Store, Origin, and others, and shows you whether a game is on sale on each platform. This is a great way to spot whether a game you’ve been wanting to play has come down in price recently.