Home » Blog » 5 Tips to Rank Up in Rainbow Six Siege

Rainbow Six Siege has been on top of the list of gaming enthusiasts for over seven years now, and it is still going strong. In fact, with the recent boom in the online FPS gaming segment, its popularity is stronger than ever. Thousands of new players have joined and experienced this wonderful Tom Clancy offering in the last couple of years.

But while Tom Clancy’s Rainbow Six Siege is a master in destruction and gadget use, there is one area this game lacks a bit: making it easier for players to level up in the game.

This task seems to be the most challenging one in the entire game. It is not uncommon for players to feel that they have been stuck at the same level for too long. 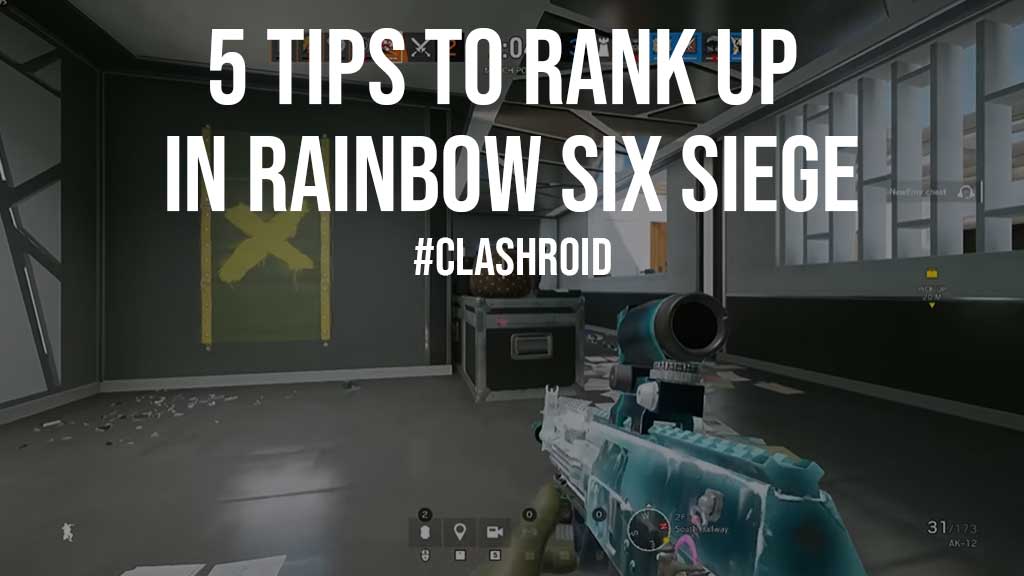 This is something we understand pretty well, and that is why we have listed the top five tips that can help you rank up quickly in Rainbow Six Siege. You will also find useful hacks at https://battlelog.co/r6-rainbow-six-siege-hacks-cheats-aimbot/.

Be more creative while defending.

Unlike in other FPS games, were holding out at a location is relatively easy, and you only need to focus on the windows and doors, the same is not the case in Rainbow Six Siege. Here the defending team is always at a perennial disadvantage as the task is simply more challenging than anything else.

Take the case of walls in the game; you might assume them to be unbreakable, which is often the case in other multiplayer games, but not in Rainbow Six Siege. That is why you have to be creative in your defense, as simply boxing yourself in a location is not going to work, at least not in your favor.

Also Read: The Biggest Online Gaming Benefits – What You Need to Know?

Use drones as much as you can

While it is common for players to invest in getting the most advanced weapon and gear in the game, they often forget about the drones, which is actually a pretty stupid thing to do.

The best way to use the drone is during the preparation phases when you can easily scout the area before making a move.

Simply place the drone in a high perch near the corner, and you will quickly get a ton of information about your opponent, which you can naturally share with your team and create a viable strategy to take your opponents down.

Since we have already talked about the communication aspect of the game, we must emphasize the importance of efficient communication in this game.

Rainbow Six Siege is a team game where you are part of one team combating the other team, as simple as that. There is no one vs. one scenario where you can easily overwhelm your opponent with your superior skill set and claim victory for your team.

If you are uncomfortable doing so, this game is not designed for you.

Learn your maps by heart

It is surprising how often players ignore the map of their battlefield and simply trust in their gut to take them through. This strategy has never worked, especially if you are ready to play against experienced players.

It is vital that you learn every corner of the map, every nitty-gritty knowledge that can make a difference, like the location of the vents and the weak spots in the wall.

Such information could quickly turn the tide of the game in your favor. Knowledge is the key to success – it certainly could not ring more accurately than in Rainbow Six Siege.

Also Read: The Benefits of Computer Gaming: A Comprehensive Guide for New Gamers

Don’t be discouraged by your failures.

No need to feel down if you have a bad run in the game. Rainbow Six Siege is one of the most inconsistent games out there, where even pro players of the game struggle from time to time.

Its chaotic gameplay makes the game truly unique and demanding among its fans. So, you having a couple of bad runs are nothing out of the norm. The main rule is to stick to the basics if you actually want to see your name in the win column sooner or later.

Don’t think that ranking up in Rainbow Six Siege is a challenging task. Just try these tips and get a rewarding experience.