Are you looking for a fun and interesting game you can play with your friends and family? If so, you can play the fun game Cribbage to spend some quality time with your family members.

Cribbage is one of the best traditional card games that has been around for so many years. However, not many people know about it. 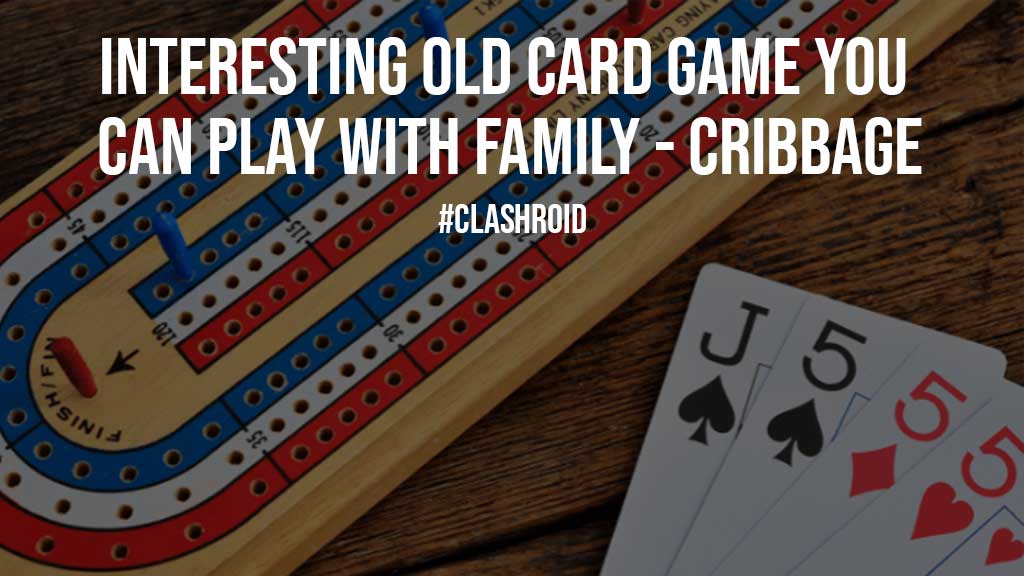 Keep reading to know what makes this game so much fun.

Cribbage is a popular game that was created in the 17th Century. So, if you were wondering how old is the game of Cribbage, you have got the answer.

Although the game has changed a lot, its foundation remains the same. Its rules are simple and pretty much easy to understand. As much as the game was popular in the 17th Century, it was equally loved by the sailors of the 19th Century as well.

This game became popular because it only required pen, paper, a deck of cards, or traditional Cribbage boards. This fast-moving game has remained everyone’s favorite and is enjoyed by everyone.

Why Should You Play the Family Game Cribbage?

If you have never played Cribbage, here’s why you should give it a try.

You can Play it as a Tournament

Only a few board games are legally allowed on a licensed premise, like clubs, and Cribbage boards are one such game. Thus, the game of Cribbage tournaments is a common thing.

In fact, Cribbage tournaments are also arranged to raise funds. By participating in these tournaments, you get to meet local Cribbage players.

Can be Played with 2-4 People

What’s interesting about the starter card game Cribbage is that it can be played with two players. You don’t have to worry about finding more players. Simply grab a deck of cards and begin the Cribbage old game with your partner.

Different variations of Cribbage offer boards for 2, 3, or 4 players, but the latter cannot be easily found. Also, all these players’ Cribbage game follows the same rule. Only the number dealt with each player changes.

In addition, you also have a chance to play Cribbage online. This way, you would not have to worry about getting a traditional game board or finding any other person to play with you. The computer Cribbage game has single-player and multiplayer options.

If you have ever played Cribbage, you would know that the rules of this game are simple and easy. You can easily understand the game with simple math and eliminate the chances of forgetting your points.

This factor has made Cribbage so much popular. Anyone can figure out the game in no time and start playing almost immediately.

When you play Cribbage, you are not required to understand its basics as this game is based 80% on luck. You can increase your chances of winning simply by putting the sequence together when playing against other players.

Be Creative and Make it Personalized

Cribbage is one such game that becomes more fun as you start learning more about it. Some people like this game so much that they get a custom board made up for them in a personalized way.

Cribbage boards seem to become the new sensation in the board game world, where they are the centerpiece of the coffee table.

How Can You Learn Cribbage?

If you easily and quickly want to learn Cribbage, you can search for someone in your network who knows this game. After you become aware of the rules and strategies of this game, you can then purchase a good-quality traditional Cribbage board, or you can play it online.

Another great way to learn Cribbage is through YouTube tutorials. You can find different tutorials on the internet where creators explain the right way to play this game. Also, you can know about a few strategies to improve your game performance.

Lastly, you can download an app to learn the right way to play this game. You can play against the computer through such games to understand how it works. This way, you can also gain confidence regarding the game.

How old is the game Cribbage? Honestly, the game was introduced around the 17th Century, and it is still everyone’s favorite. If you also want to play it, visit Play Cribbage game.