Spades is a popular card game where players try to win tricks or rounds. The players check the cards in their hands and play accordingly. While Spades has a simple scoring system and gameplay, you must learn strategies to increase your odds of winning. 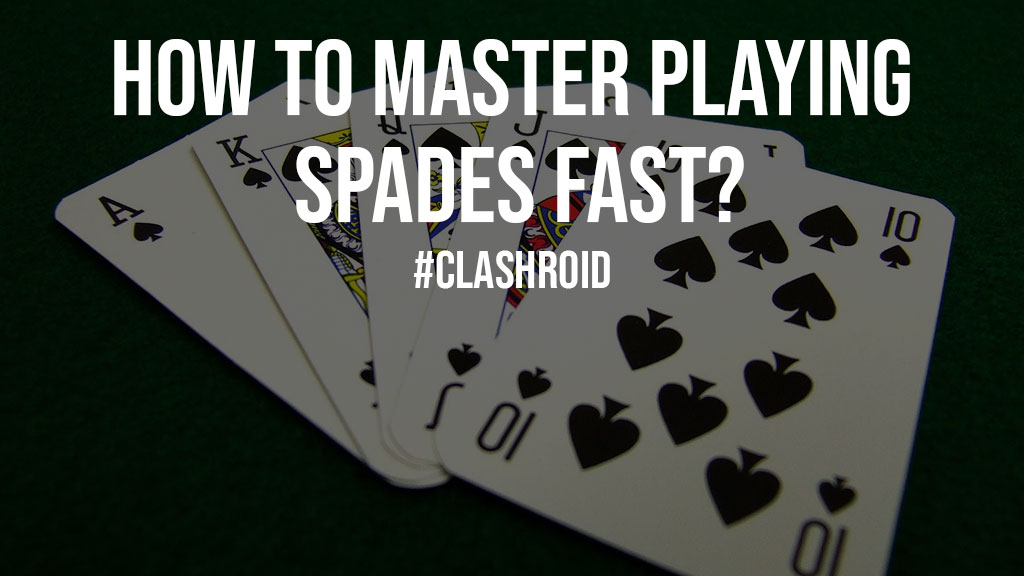 By using simple strategies or following basic rules, you can easily enhance your performance in Spades online or offline.

Before the game starts, count and add all the Kings and Aces you have. It will give you a rough estimation of the total tricks you could win. You can then bid on this number. The advantage here is that the Kings and Aces will always make you win a trick unless trumped by a Spade.

During the game, you need to remember that if you have a King but no other card of that suit, you must avoid betting the King. That’s because the chances of other players winning the trick by playing a Spade or an Ace of the same suit is pretty high.

#2 Taking Tricks On Queens Can Be Risky

Let’s assume you have a Queen of Diamonds and a 2 of Diamonds, then your chances of winning the round with Queen are very low. So, if you play the Queen, you can lose it to someone who has King, Ace, or trump.

#3 If You Have Higher Spades, Take A Bet

If you have any Spade 10 or higher, you can win the round. The rule of thumb is that if you have Ace of Spades, you will automatically win. Similarly, a King of Spades and Aces can also offer you a guaranteed win.

But if you have 2 or fewer cards of any suit, you can bet on Spades from 7-9. Lower Spades can be used as trumps if you can’t follow suit.

Choosing What Cards to Play

#1 Always Keep An Eye On Cards That Have Been Played

You must always try to keep an eye on the cards, especially high cards that have been played in the game by other players. This way, you will know when a certain card in your hand will help you win the trick.

Let’s assume that you have a Queen of Diamonds and someone has already played Ace and King of Diamond. In such a case, if you choose to play your Queen, the chances of you winning the trick will be high.

#2 If You Have 5 Or More Spades, You Can Lead With A Low Spade

If you have five or more Spades, you can use them to force other players to eliminate some of their Spades. Other players will follow suit if you play low Spades. In the end, they won’t have many Spades left. Thus, they can’t trump your cards.

Playing low Spades can make your remaining Spades powerful. Those cards can be used for trumping other higher cards.

#3 If You Are Second On A Turn, Don’t Play Low-Value Cards

Imagine the player leading the round has played 8 of Hearts. If you have 9 and King of Diamonds, play 9. But if you play the King, the player next to you can trump your King by paying any Spade.

Take The Right Number of Tricks

You can win several tricks by playing Spades and high cards early in the game. By doing this, you can win more tricks and score better points.

If your partner has made a high bid, try not to come in their way. Your partner will make a higher bid only when they have a strong hand. So, you must let them win for your team.

But if your partner has made a low bid as they have a weak hand, you must try to win the trick by doing your best.

Spades is an easy card game that you can learn through practice. We have listed some tips so you can learn how to play Spades and improve your performance.