Terraria is a 2D sandbox game that allows you to get creative with building, exploring, crafting, and fighting your enemies. It gives you the freedom to do various things within the game, which is one reason the game is getting more popular nowadays. It was first released in 2011 for Microsoft Windows, and over the years, the game has become available for various platforms, including console and mobile platforms. 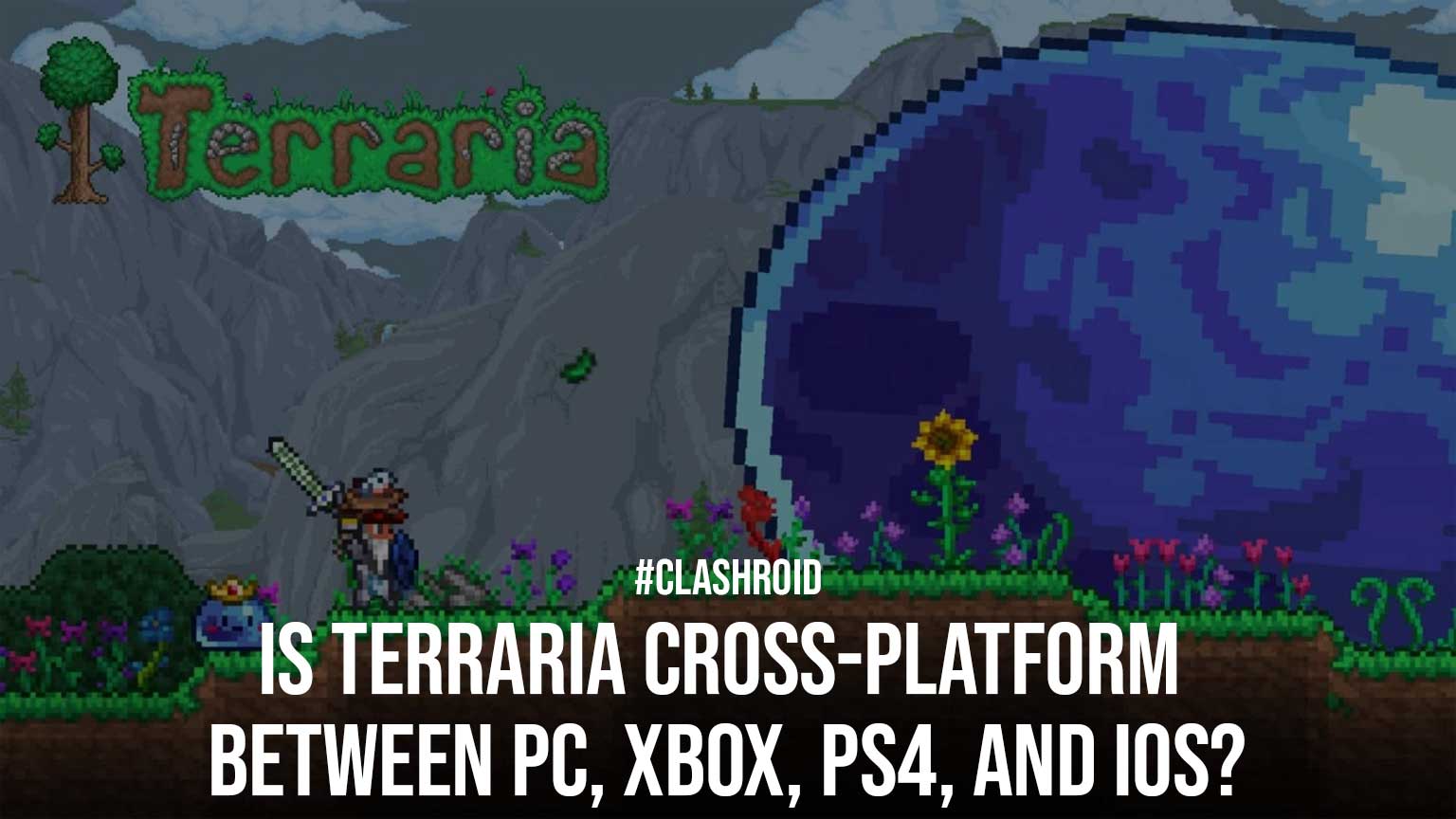 You can play online with other players in Terraria, enhancing your overall experience with the game.

Here are the features you can enjoy when playing Terraria:

Terraria has received positive reviews from various gaming channels and critics ever since its release in 2011. By the end of 2020, there are over 35 million copies of the game sold worldwide across various platforms.

What Platforms Does Terraria Released On?

You can play Terraria on almost any platform in existence today, such as desktops, consoles, and mobile platforms. Terraria is available across various platforms, which make the game accessible for everyone.

You can also play this game on various consoles, such as PS3, PS4, Xbox 360, and Xbox One. Want more? Terraria is also available by playing it on the cloud via Google Stadia.

This game keeps on getting updated all the time to allow the players to experience a bigger world in Terraria, and it will also come to the next-gen consoles.

Terraria is a multiplayer game with millions of players worldwide, spread across multiple platforms. However, the downside of this game is that it doesn’t support any cross-play capability between platforms, such as PC, Xbox, PS4, and iOS, at least for now.

However, there is an exception. Terraria is a multiplayer game with a cross-play capability between mobile devices. So, if you are playing this game on iOS, you can also play with other players who are using Android to play this game. For all other platforms, cross-play is not yet available.

Is Terraria Similar to Minecraft?

Yes, Terraria has various similarities with Minecraft. The similarities include the sandbox elements and the ability for you to build, craft, and explore with no limit in this game. You can also connect with other players to explore their worlds. In both games, survival is an important aspect, so you need to protect your character from monster attacks.

You need to prepare various things, such as building shelters and crafting weapons, to fight the monsters that will come to you at night. Both games also offer platforming elements that allow you to explore the game world further.

However, you need to know that Terraria is a game released 10 months before Minecraft. There are also various differences between Terraria and Minecraft. In Terraria, it uses 2D graphics, while Minecraft uses 3D graphics.

You can also switch to first-person mode in Minecraft, whereas in Terraria, you will stick with the third-person perspective.

Is Terraria a Free Game?

You can play many online multiplayer games for free, but Terraria is not a free game. It is a game you need to purchase, just like any other paid games released for various platforms.

However, you can get this game often at a cheaper price than most other games, so that’s one advantage you can get from this game. Also, it’s often on the discount list for consoles, PC, and mobile devices. Be sure to check the special offers on the platform you are using.

What Can You Expect with Terraria Online Multiplayer?

With the online multiplayer mode, you can have more worlds to explore in Terraria, and there are also various additional features you can enjoy.

Here are the online multiplayer features you can enjoy in Terraria:

Also Read: A Check on the Esports Out There to Play

Terraria is available as a cross-platform game, meaning that you can play this game on various platforms available today, such as desktop, console, and mobile platforms.

However, it doesn’t have any cross-play capability between platforms, except for Android and iOS platforms, or for the same console family. So, you can’t play this game online with people that play it on a different platform.

Aside from the lack of cross-play capability, Terraria is still an excellent game that you can play together with friends or alone in your own comfort. You can get creative with this game in any way you prefer.