These COC Private Servers are for both Android and iOS gamers. You can download them right now for free. Have fun with the unlimited gems.

Looking for the latest Clash of Clans Private Servers?

There’s no doubt that this game is super fun to play. In fact, I started playing the game on 2014 when I was little kid. However, I stopped playing for a year or two, and now I’m back.

Sometimes, it gets frustrating to wait days for finishing upgrades. I know the feeling and this is where the updated private servers come handy.

I have gathered some of the best private servers you can join in Clash of Clans in 2019. Most of them are updated according to the latest updates and have the newest troops and spells. 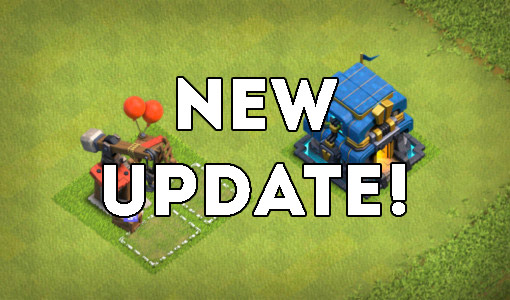 The newest private servers are finally here. You may also check our CR servers.

I have combined the best servers for both Android & iOS. I personally use iOS and I’m happy to say the Clash of Phoenix works on iPhone (no jailbreak required). 😉

Want to know how to farm like a beast? You can see our Star Bonus Farming Strategy!

In this guide, I’ll walk you through:

Note: You can skip to the bottom of the page or click the button below to find the download link to each of the servers.
Downloads

Here are the Clash of Clans Private Servers

First, I want to answer the question “what are COC Private Servers?“.

COC Private Servers are custom servers which give you unlimited resources such as gems, gold and elixir.

If you play Clash Royale, you can try our CR mod and also its private servers. 😉 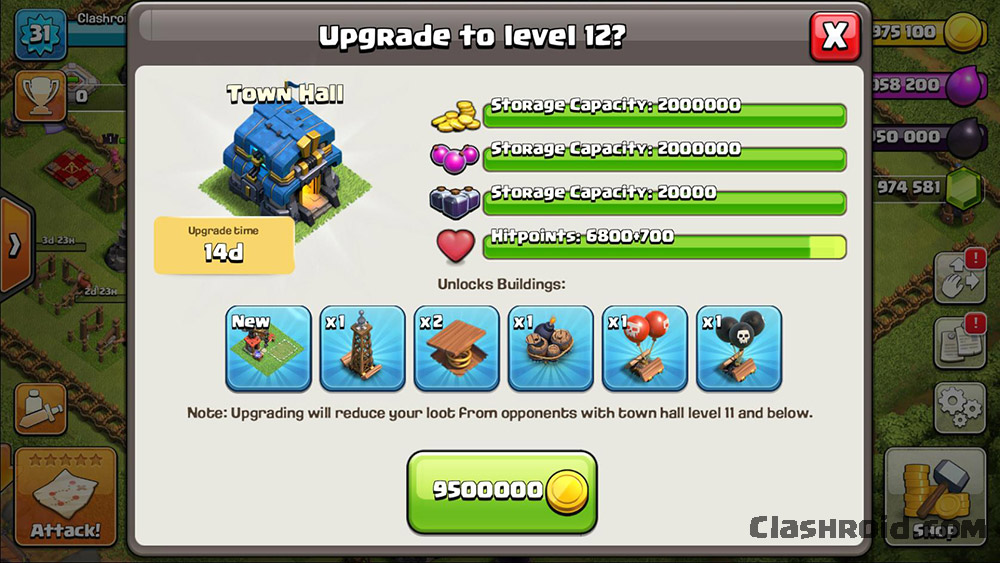 You’ll be playing on a custom or modded server for Clash of Clans. In the official server, you have to earn everything to upgrade your base. You need to earn gold, elixir and also gems to upgrade your stuff.

But in private servers, you will have unlimited gems and a lot more. You can upgrade your buildings, defenses and troops without having to wait hours or even days. 😉

Everything about the game is same. You can still earn gold and elixir but your account will already be filled with near-infinite amount of gems and other resources. This will allow you to finish your upgrades in seconds and also unlock new troops in the Barracks.

You can quickly upgrade your troop levels and attack other players and do a lot more. Let’s dig into this.

Some features of private servers

These are some of the most epic features of the Clash of Clans Private Servers. Let’s see.

Are the servers regularly updated?

This totally depends on the developer or host who created the private servers. For instance, the ones we shared in this article has been updating their servers almost regularly.

Town Hall 12 has come to the private servers with the new Electric Dragon!

The modded servers are great and is really fun to play. But there are some drawbacks as well.

How to join these private servers?

Like I said, these Clash of Clans Private Servers work on both Android and iOS.

I’m going to tell you how to join the servers on both Android and iOS separately. For Android, you can use the server switcher or use the mod.

For iOS, you can install the mod .ipa file easily without needing to jailbreak. You can also try the DNS servers which never worked for me. 😛 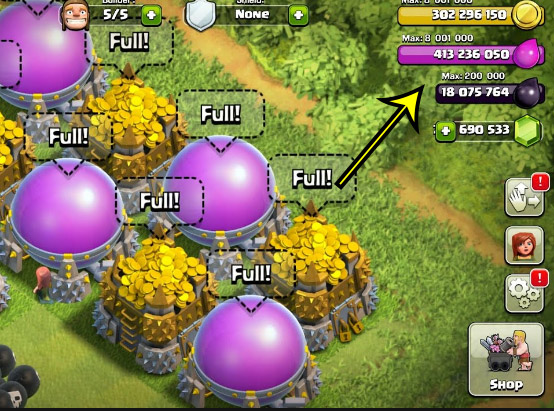 It’s super easy to join the private servers on Android. You can either use the Private Server Switcher, FHX Clash of Clans or the mod which doesn’t require SuperUser access.

However, the switcher and FHX server does require root access. But if you’re going with mods, there’s nothing to think of. 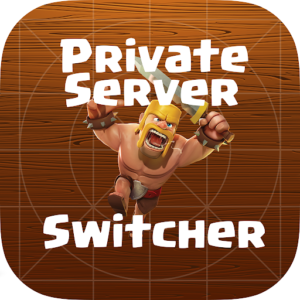 The private server switcher needs root permissions to work on your Android device. This will allow you to edit your hosts file and connect to the servers.

There’s a list of the best private servers in the Switcher. You can simply tap on any of the servers and connect. This will overwrite your original game files to change to the custom servers.

Here’s how to use the switcher:

The FHX server for Clash of Clans is one of the most popular private servers. It’s always up to date and requires most of the updates from the official Supercell.

I tried the FHX Clash of Clans on Bluestacks which comes pre-rooted. This installs a new app and doesn’t overwrite the original game files. But I recommend logging into your Google account. When you open the game, this will connect you to the private server.

You could also connect to the FHX server using the Switcher (mentioned above). Here’s how to use this: 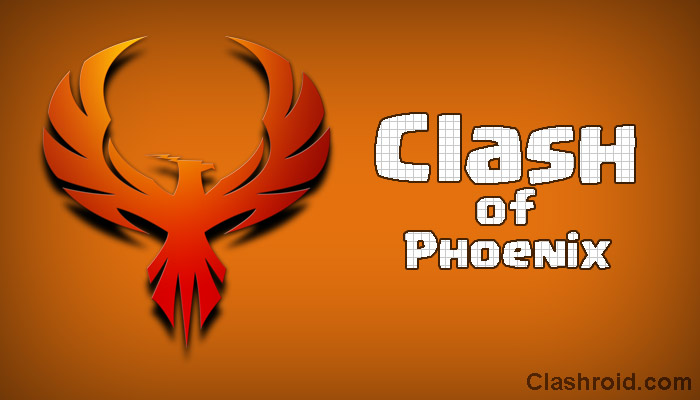 The Clash of Phoenix is another great server which is regularly updated. In fact, it’s also available on iOS. This requires no root access and also installs a new app and won’t affect your original game files.

This is actually a modded version of Clash Royale. You can also see Clash of Lights just below this mini-guide. For mods, I think these two servers are the best and the most stable.

You can also download the latest version of Clash of Phoenix APK and IPA from here. I recommend you guys to check other clash of clans private servers like Clash of magic, clash of lights, clash of souls and miroclash. These servers are the most played servers of coc. The developers of these servers update these servers on a regular basis. So go and try them for better results. 😉 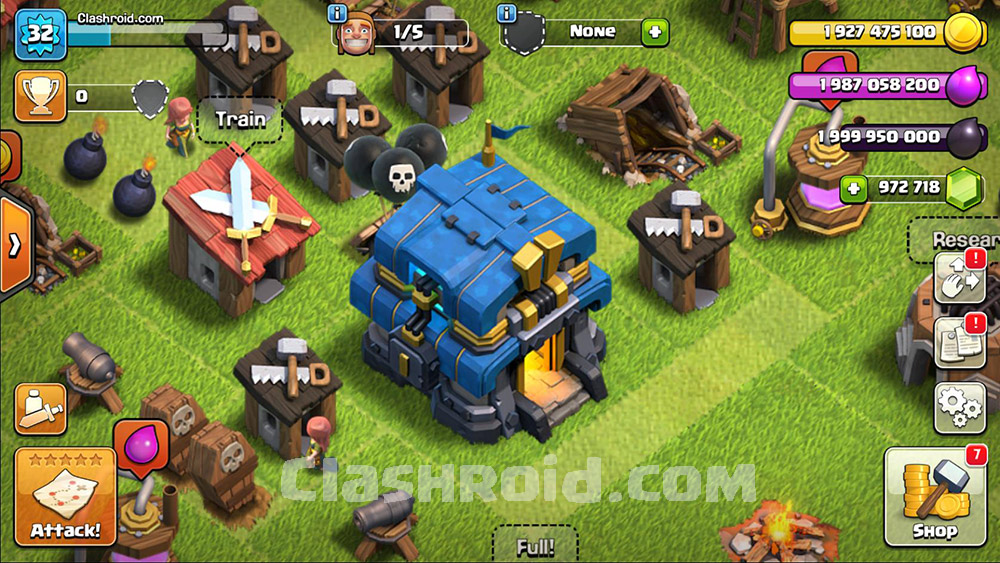 Note: The mod might overwrite your current game files. Make sure you’re logged into your Google account to save your current progress. The mod works on Android 4.4+ devices flawlessly and sometimes you might get updates or maintenance breaks.

Here how to install the Clash of Clans Mod APK on your Android device:

Our mod is regularly updated and you can download the mod for free. In fact, the new Town Hall 12 update is live on the mod. 😉

If your device is not rooted, you can always use the mod .apk instead. I have tried the mod on Bluestacks and it works really good.

However, there are some glitches sometimes, but I believe this happens due to the connectivity issues.

Just as I said, I actually use the Clash of Phoenix on my iPhone 8 running iOS 11.4 which doesn’t even require Cydia or a jailbroken device.

You also try using the DNS servers which TBH, never worked for me. You can also use XModGames for Clash of Clans. But my preference would be using Clash of Phoenix which is absolutely awesome. 😉

Similar to Android users, you can now install custom .ipa files but you need to manually trust the developer.

You can install the Clash of Phoenix IPA on any iPhone using an app store called “Tutu App”. It contains many mods and paid apps for free and this doesn’t even require a jailbroken device.

Here’s a mini-guide to install this mod on iOS devices:

Here’s how to trust developers on iOS:

The iFile requires a jailbroken iOS device and you need to edit your host file manually to connect to the private servers. It’s similar to the COC Private Server Switcher, expect, the switcher edits the host file automatically.

Here’s how you can use iFile on iOS to connect to the private servers. Firstly, you need to install iFile from Cydia. No worries, here’s a guide:

Note: I won’t recommend using the DNS method because this does not work most of the time. The servers use specific UDP ports which might be blocked by your network.

This is fairly simple and just involves changing your DNS servers in your WiFi settings. 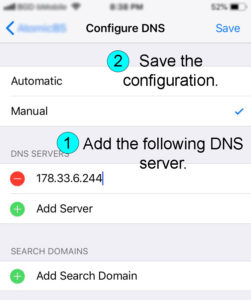 I clearly recommend the Clash of Pheonix / Clash of Plenix mod for iOS. It’s simple and easy to install and requires no jailbreak.

These are the files for Android users. You can just click on the download button to start downloading. 😉

This is all about the latest Clash of Clans Private Servers. I’m glad that Apple now allows custom IPA files to be installed. You can easily install the Clash of Phoenix mod on your iPhone.

You don’t need to jailbreak or root your devices to connect to the servers. You can also get the upcoming Town Hall 12 in the private servers.

Upgrading your troops and buildings will be super fast as you have unlimited gems to use. It’s really fun and you can even create a clan and invite your friends to friendly-attack each other.

You can join the private servers today! Just download the required files on Android and also check the guide for iOS. You’ll be connected to one of the best custom servers. 😛

These COC Private Servers are for both Android and iOS gamers. You can download them right now for free. Have fun with the unlimited gems.